In order to achieve the energy and climate objectives for the built environment,

with the ultimate goal of an energy and climate neutral built environment by 2050, it is necessary to reduce energy consumption in buildings as much as possible. In addition, it is important that the remaining energy need is covered with locally generated sustainable energy. In this project, we focus on the production and demonstration of functional films that are integrated in windows as well as in building-integrated solar panels (BIPV).


The functional films for windows will be used in laminated safety glass, and will contain smart pigments that canswitch between transmitting and blocking solar heat radiation (IR light). Dueto the integrated pigments, when the window is heated to a temperature of 25 °C or higher, the film switches from transmitting to blocking IR light. This switch happens autonomously and without impacting visible transparancy of the window. When the temperature drops, the film switches back in a similar process. This allows solar heat radiation to pass through the window in winter, contributing to heating. In the summer, this technology ensures that solar heat radiation remains outside, and does not heat up the house unnecessarily. This reduces the demand for air conditioning and improves comfort levels. TNO recently calculated that Europe-wide a complete switch from the current, partly outdated, windows to high tech glazing in 2030 would yield a total annual energy saving of 75.5 million tons of oil equivalents, and a reduction in CO2 emissions of 94.3 million tons (source: Potential Impact of High-Performance Glazing on Energy and CO2 Savings in Europe, TNO, 2019). 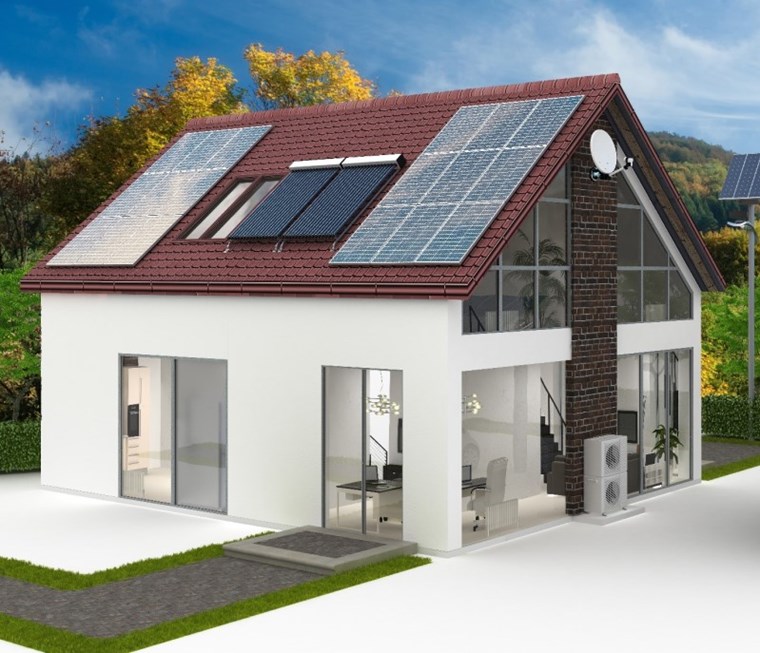 In BIPV panels, the functional films will be used as an encapsulant, to laminate the front glass cover to the rest of the panel. The functional film will be designed to block all solar radiation which cannot be converted into electricity, and only contributes to heating of the BIPV panel. This prevents overheating in BIPV panels, which can lead to loss in efficiency and even permanent damage to the BIPV panel. Common BIPV panels are made with crystalline silicon absorber layers. Due to the band gap of crystalline silicon, only certain wavelength regions of sunlight can be used to generate electricity. Absorbed IR light with lower energy than the bandgap of crystalline silicon only increases the temperature of the BIPV panels. With increased temperature, the efficiency of BIPV panels is reduced and they generate less electricity. BIPV panels work well at high irradiance levels, but their performance deteriorates when they get hot. The most commonly used crystalline Si PV panels have a so-called temperature coefficient of -0.4 to -0.5% per ºC. This means, that at every degree above 25ºC, the electricity output of the panel decreases by about half a percent. At temperatures of 80ºC, permanent and irreparable damage to BIPV panels can occur, making them work less well or no longer at all.

The research within SUNOVATE forms the basis for the future translation to an industrial process and offers commercial opportunities for companies in the region.